Avant Corporation: A Vanguard In The Modern World

In today's modern world, countries are still working towards converging the requirements of local accounting standards with International Financial Reporting Standards (IFRS). The differences in both often pressurize the corporations operating on a global scale. One of the organizations to understand these issues and provide solutions thereof is Tokyo, Japan, headquartered company, Avant. Originally founded as DIVA Corporation by Tetsuji Morikawa, Chairman and Group CEO, the company offers accounting software solutions that seamlessly integrate with client's existing ERP or in-house systems to offer quick insights for decision making along with conforming to local and international compliance and statutory reporting standards.

Prior to his entrepreneurial venture, Morikawa worked with PricewaterhouseCoopers(PwC). During his tenure, he led global group management system development project for the Japanese conglomerate, Toyota. The project turned out to be the turning point of his career, inspiring him to lay the foundations of Avant (Originally DIVA Corporation).

He foresighted that the market would soon need software solutions for Group management, Governance, and Global expansions namely three important issues which Office of Finance encounters of--and this is the DNA that DIVA still carries.

Morikawa had commendable foresight and he very well knew the evolving regulatory changes in Japan—combined with a lack of consolidation processes within companies— would be driving huge demand. He came up with the first version of DivaSystem, a consolidated accounting software. Later DIVA was successfully implemented at Taisho Pharmaceutical Co. as the first customer, as consolidated accounting system which was focused to meet regulatory requirements. The unprecedented success that harbored, ensured that the company got listed in JASDAQ securities exchange.

"Divasystem Is Easy To Use, Cost Effective, And Offers Faster ROI"

When in year 2000 Japanese accounting regulation became consolidation-centered DIVA became the sort after solution and fetched a lot of market credibility.

Morikawa elaborates, “DivaSystem is the flagship product from Avant for Consolidated Accounting, Managerial Accounting, and Settlement Work Outsourcing.” The software is easy to use, cost effective, and offers faster ROI. The advanced automation features built into the software also make it possible to reduce human dependency on much of the functionalities involved in multi-level consolidation and report generation process.

In addition, Morikawa well aware of the huge cost and time overruns during major ERP system upgrades decided to provide all upgrades to the software free of cost, and, till date, it remains one of the compelling factors for customers. The unprecedented success that harbored, ensured that the company got listed in JASDAQ securities exchange.

Apart from serving accounts departments, Avant also decided to serve the office of finance for its clients. Avant went on to acquire the CPA financial data search company 'Internet Disclosure' in 2009 and then Zeal Corporation, a BI Systems Implementation leader in Japan, to expand into system integration space.

Every software product has three major elements—data input, processing, and Output. Seamless integration of data from myriad sources remains the most sought after feature of DivaSystem. The easy to follow menu based architecture of DivaSystem also makes processing simple and intuitive for business planning and consolidated reporting. In addition, DivaSystem supports budgets, planning and estimate consolidation, simulations consolidation for analysis, international sub-office consolidation, and other advanced consolidated accounting management features. Moreover, it can automate data processing conforming to local standards and IFRS. Report consolidation helps in early closing of balanced sheets, which can be directly disseminated for disclosure to stock markets and other stakeholders. Detail-based internal transaction checking and defined workflows with multi-stage authorization provide such flexibility. Surendra Sharma, Managing Director, Global Business of Avant informs, “The goal behind early closing of consolidated balance sheets is manifold, from disclosing information to investors, reporting to managers, creating reserves for measures dealing with IFRS, and so on.”

For Output, DivaSystem comes with comprehensive report and data analysis functions, including more than 300 standard forms and drill-down reporting tools, multi-dimensional analysis tools, and unique reporting tools. Data can be extracted and analyzed from DivaSystem in excel format in real time and data can be linked with Microsoft Word and Powerpoint as well. A team of highly skilled professionals at Avant constantly analyze the market trends and upgrade the products regularly to meet the evolving demands.

Evolving statutory requirements in financial reporting has dramatically changed the information needs of the businesses over the last few years. Office of the finance, in particular, is under pressure and often faces hindrances to gain clear control over global risks. CFOs are investing heavily in new age technologies in their company's financial reporting and business development. But as the local reporting guidelines vary, a globally diverse company must also deal with different accounting standards such as US GAAP/IFRS and international GAAP/ IFRS rules. Avant ensures these challenges are met with their solutions. “We aspire to be the support system for the CFOs, wherein we empower them to carry out their responsibilities by following stipulated legal guidelines,” says Surendra Sharma.

“One of the great strengths of our products is that they work coherently with almost any type of system, be it a major ERP or small ERP, Microsoft excel, or in-house legacy systems,” informs Surendra Sharma.
Owing to such unique features, DIVA products act as a hub for other existing systems and allow customers to transition to more sophisticated systems without facing much of the underlying challenges. In fact, customers can link any kind of system or document—such as offline inputs, text file, online excel package, database, SAP, or other ERPs—to generate consolidated reports and views.

During DivaSystem implementations, highly skilled professionals from Avant work with customers to understand their business goals and existing operations, and thoroughly investigate factors to consider in formulating a discreet solution. When global conglomerate Kawasaki Heavy Industries wanted to consolidate data from its 100 domestic and overseas subsidiaries, it was clearly a herculean task. They chose DivaSystem to streamline the process. The unique feature of being able to link, import, and export data from excel sheets allowed DivaSystem to simplify and streamline document creation processes, such that any changes in disparate documents were accepted in consolidated report in real-time. Once the final versions were ready, submission to the management became effortless. Not surprisingly, after deploying DivaSystem, Kawasaki Heavy Industries was able to drastically reduce the accounting workloads.

Similarly, Tire manufacturer, Bridgestone deployed DivaSystem to visualize and advance management and institutional accounting. On similar lines, when Union Tool wanted to automate their internal transaction checks and invoices, they introduced DivaSystem NRN. Within months, the company could cut down on labor time and establish comprehensive group-wide infrastructure needed to unify accounting records. At present, out of top 200 stock listed Japanese companies 94 are using DivaSystem, if you see top 50 then 27 are using DivaSystem for their Financial Consolidation, which is considerable penetration rate in a highly competitive market. Some to the important one to mention are, Toyota, Seven & I Holdings, NTT Docomo, Suzuki Motors, and Ajinomoto.

In total DivaSystem is implemented in 945 companies as of June 2017. Also, total number of AVANT group stands 1700+.

Success stories as such, substantiate Avant's commanding position in the market and the reason behind winning the prestigious accolade of ‘The number 1 market share of consolidated accounting software and clear market leader in Japan’. The company has released DivaSystem 10, and established a new legal entity called FIERTE to manage the outsourcing business. To further enhance company’s business planning and profitability management capabilities, Avant is developing a common platform covering all product lines, it released DivaSystem SMD in June 2012 too which is a state of art CPM (Corporate Performance Management) solution and is gaining popularity at a rapid speed. 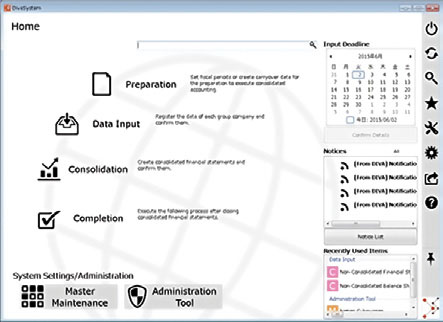 New products to facilitate fair and transparent global governance are other key areas of focus. Surendra Sharma states, “Global expansion has been a key initiative in 2017. We have formalized our strategy around global expansion and I am the one who is driving it.” While the company already has branches in the UK and the U.S., it plans to increase presence across APAC and European region. Avant is leveraging its partnership with leading software vendors and local partners. Self-development of cloud platforms to accommodate expansion of products will be the new frontiers that will drive next phase of growth for the company.
- Sudeshna Mazumdar
October 04, 2017