Right from 1977 when Citibank launched its campaign to familiarize the mass with ATMs, the machines have gained a great significance in our daily lives. The long queues that once symbolized a typical bank day have long been rendered extinct due to the ascent of the ATM. Over the years the various advancements that have been incorporated into the ATM has enabled it to evolve into the technological marvel it is today. Today’s ATMs are equipped to process transactions of all natures from withdrawing cash to updating and balancing cheque books. While ATMs have made human life considerably easier, what goes on within these machines is a cluster of complex algorithms running through an equally complex network of software. Managing these systems is a task that requires the highest level of technical proficiency and expertise. The IT sector over the past few decades has been a vital asset to the finance industry in terms of managing and updating ATMs. KAL has been a long time purveyor of the software that powers the ATM and Self-service sector of the finance industry.

Delivering visibility through KALIGNITE
Established in 1989, by Dr. Aravinda Korala in his namesake, this Scotland based firm has been successful in establishing a global market for itself with clients in the Asia-Pacific, Europe, Africa and the Americas. KAL’s core expertise lies in its ability to deliver innovative solutions that enable for the smooth and fluent functioning of ATMs sometimes even without manual assistance of any nature. KAL’s expertise is derived from its highly advanced service compliment, the bulk of which lies in the two major product divisions at its disposal all labelled under the company flagship brand- KALIGNITE. The first being the line of products that run inside the ATM’s and the other being the products that run outside the ATMs through a server that allows for the management of ATMs. For the server KAL developed a product dubbed the KALIGNITE Terminal controller or KTC which enables banks to have visibility over the networks and monitor and manage their ATM assets. KTC forms the core of the KAL management technology which enables bankers to keep track of the various aspects of their ATMs such as hardware specifications and their performance, the condition of the ATM etc. It also enables banks to maintain their ATM network better and make changes to comply with the customers’ requirements thereby gaining their loyalty. KTC also plays a crucial role in offering visibility to the authorities and companies monitoring ATMs.

For companies that own ATMs, visibility is indeed a crucial factor as it helps them monitor and understand the various aspects that influence their functioning. KTC enables companies to evaluate how an ATM is being used currently and how it is faring amongst the consumers, what it lacks and what measures can be adopted to make it more user-friendly and efficient. This also enables banks to maintain their ATM network better and make changes to comply with the customers’ requirements thereby gaining their loyalty. Maintenance of the ATMs also becomes considerably simpler due to the application’s ability to monitor hardware performance. This makes routine tasks that ATM technicians are assigned to perform on a regular basis considerably easier.

Self Sustaining ATMs
For the ATMs themselves KAL have developed two major products for applications- the KALIGNITE Advanced ATM application (K3A) and the KALIGNITE NDC application which run on the secure KALIGNITE platform. The KALIGNITE Advanced ATM application or K3A tool allows access to all application development tools required for the smooth operation of an ATM. K3A minimizes the chances for potential scenarios pertaining to ATM malfunctioning thus enabling companies and banks to conduct their businesses fluently without any roadblocks. This plays a major role in reducing the massive expenses that companies and banks could incur through the inefficiency of an ATM. KAL always makes it a point to develop software with the potency to reduce cost.
The KALIGNITE NDC application was designed to upgrade any NDC network to the newest generation of multivendor NDC technology.

This software is multivendor compliant and provides a "full emulation" of the NDC specification. This software aids to a great extent in enhancing consumer experience through the additional features it is able to provide in the ATMs. These two software coupled together in KAL’s managed ATMs offer the most comprehensive ATM machines offering services that make life considerably easier for both consumers and vendors that own ATMs.

KAL’s recent project with UniCredit in Italy helped the company display its full technical prowess, updating the existing software with KAL’s latest updates without the presence of any technician on site. Without onsite personnel support KAL was successful in completely rebuilding the ATM software, installing the operating system, installing all the KAL software and applications and also installing drivers of the hardware vendors.

This is a first attempt of its kind in the world. KAL managed to update all of UniCredit’s eight thousand ATM units spread across Italy. The eight thousand ATMs that KAL had updated came from multiple vendors which meant that they had to work with different types of ATMs which was quite challenging says Korala. “This approach was not used because it seemed like a good idea, but because it saved a huge sum of money for the bank, because the cost of sending a technician to an ATM is quite significant around the world, in Italy as well as in other countries.”

Crafting the Perfect Transaction Experience
KAL’s software have been designed to not just offer ATM services to banks, but also to enhance the consumer experience and build consumer loyalty. Consumer experience has always been the primary focus for KAL. The easy to use, yet universally compatible nature of KALIGNITE software enables banks to deliver the best transaction experience without any hassles. The KALIGNITE software suite comprised of KALIGNITE K3A, NDC and KTC combined together forms the complex hard to penetrate software system which powers all the ATMs running on the KALIGNITE platform. This suite helps banks understand the consumer’s requirements and their expectations from the KAL aided ATMs and develop new features that enable the optimization of services offered through the ATMs. The multi-vendor feature incorporated in the KALIGNITE software suite, further provides a key attraction for potential buyers, due to its ability to run with multiple types of ATMs functioning for a single bank or multiple banks within a bigger, more complex multi-territory network. This negates the need for banks to seek new or different software for each individual ATM type among the 40 that exist worldwide, thus reducing the time factor and creating an avenue for considerably large cost incentives. This has been the key attraction for banks that have partnered so far with KAL. This has also been the driving force behind KAL’s ascension to the top as the leading global provider of ATM software.

KAL has also been successful in offering the customization of ATM experience wherein users are host to a set of automated services which cater to the users by understanding and premeditating their choices whilst performing transactions. Despite the popularity of such ATMs in the US, this concept is quite unknown in parts of Asia and Europe, where KAL in the near future intends to inject this highly prospective technology. This technology enables the banks to treat customers as individuals, which can prove to be a strong marketing tool due to many prospects it presents in terms of personalization.

Securing the Global Financial Future
KAL over the years has been able to establish itself in over 80 countries worldwide offering a multitude of services that come with the KALIGNITE Software suite. Again KALIGNITE’s universal compatibility plays a huge role in offering services across the globe where the company continues to expand its influence. “We want to grow the company, be present in more markets and be able to deliver more enhancements to more customers on a global basis,” says Korala. KALIGNITE’s security features are more than competent to handle any threat physical, cyber or otherwise in any part of the world. Clients have an option to choose the most optimal solution from a wide array of technologies that KAL has to offer in terms of security.

Currently rated as the world’s leading provider of true ATM multivendor software, KAL continues to constantly develop new and advanced software to support its ATM systems. The multitude of technologies at KAL’s disposal enables the company to cope with the diverse technologies that exist from the eastern hemisphere to the western hemisphere. This makes fraud detection on a global scale possible for KAL. Having established a huge client base and amassed numerous awards the past two decades, now KAL seeks to take the ATM technology to the next frontier by incorporating newer technologies such as assisted self-service transactions, contactless cards etc by the year 2020. 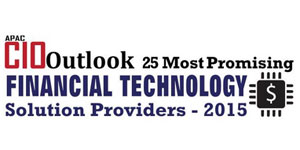