A Sneak Peak Into The Healthtech Developments In 2019

A Sneak Peak into the Healthtech Developments in 2019 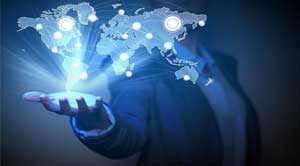 The year 2019 witnessed a number of notable developments in the field of Healthcare in the Asia Pacific region. Keeping this in mind, let's look at some areas where healthcare has made significant developments

Fremont, CA: The year 2019 witnessed a number of notable developments in the field of Healthcare in the Asia Pacific region. From raising huge amounts of funds to taking a step closer and embracing technology, Healthcare has left remarkable footprints in the year 2019.

"What we have tracked and seen in the last four years is a very vibrant ecosystem, which was in the past, very e-commerce health-focused to nowadays, very sophisticated with AI drug discovery, clinical trials, and digital therapeutics, etc. In 2018, the total amount of venture capital that was invested in Asia Pacific amounted to about $6.8B. To put in context, in the U.S., it is $8.2B and $2B for Europe," said Julien de Salaberry, Chief Executive Officer& Founder, Galen Growth Asia at the SFF x SWITCH conference in Singapore in November.

Keeping this in mind, let's look at some areas where Healthcare has made notable developments.

Halodoc, an Indonesia-based health-tech platform, raised a total of $100M in three rounds of funding, the latest being in the month of March, which was a Series B funding. This is one of the largest raised funds in the health tech/ digital health startup in Southeast Asia this year.

CXA Group, a Singapore-based health technology startup, raised around $25M in the latest round of funding in March this year. They also announced to set up a CXA Tech Hub in Vietnam to expand its technical capabilities and support its multi-product capabilities, including the HealthTech ecosystem.

Tencent Trusted Doctor, a China-based venture backed by Tencent Holdings, raised $250M this April. Alodokter, another Indonesia based health-tech platform, announced that it had raised $33M in Series C funding this October. The company plans to expand its hospital network and develop its health insurance service.

Startups and digital health platforms of Singapore are expanding their presence beyond the small island-state. For example, tele-health startup Doctor Anywhere signed a Strategic Cooperation Agreement with Bao Minh Insurance, one of the largest insurance groups in Vietnam in September this year. Later in October, Doctor Anywhere partnered with ViettelPay, branch of Vietnam's biggest mobile carrier Viettel to bring a complete suite of online healthcare services to more than 6 million registered users of Viettel throughout Vietnam.

Again in November, the Digital healthcare platform MyDoc signed an agreement with BaoViet Group Insurance. MyDoc says that the partnership with BaoViet is the first of its kind, which offers a cashless digitally integrated clinic service to its health insurance policyholders nationwide.

To support Singapore's Smart Nation initiative, Fitbit, which was acquired by Google for $2.1B, announced its collaboration with Singapore's Health Promotion Board (HPB) on a healthy population project. Fitbit can use the HPB's outreach channels under this partnership to encourage participation in this program. The participants, signing through the Fitbit's program, will experience a transparent and seamless consent process whether they agree to share the data during the program with HPB or not.

Those data will help provide insights and contribute to more efficient health promotion programs that will help many Singaporeans. This is Fitbit's first major amalgamation of a digital health platform and wearables into a national public health program globally.

Though not directly related to population health initiatives, China's Ping An Good Doctor reached premeditated cooperation with approximately 50 hospitals across the country in July 2019 to mutually develop a new "internet hospital" model. This innovative model can help hospitals determine such problems as overcome geographical constraints, absence in outpatient appointments, and expand the scope of hospital service. Apart from this, internet hospitals will also serve as data integration and distribution platform to assist information exchange and real-time sharing among entities, forming a developed, closed-loop system merging online and offline medical services.