Advantages and Disadvantages of Edge Computing

FREMONT, CA: Edge computing, or computing on local users and devices "on the edge" of the network rather than in remote cloud data centers, is swiftly emerging as a significant option for powering the sheer cost and variety of network technologies at the local level, notably Internet of Things (IoT) devices.

Across all devices, response times and latency have grown.

One of the utmost significant advantages of edge computing is that data processing takes place at the local level, requiring less time and lower latency for the device and, as a result, the user. Edge computing is beneficial for IoT devices like smart home hubs, which can respond to a user's question more easily because data does not have to move to and from a remote cloud data center. 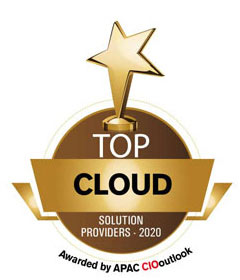 By processing and storing data on a local server or computer, edge computing relieves some of the security burdens on data centers. Only the most critical data is sent to data centers, leaving the less critical data, such as hours of inactive security footage, at the local level. As a result of edge computing, less total data moves to the cloud, which means fewer data to monitor and manage security breaches.

Transmission Costs are Low as Bandwidth is Low

Edge computing can also result in significant cost savings due to decreased bandwidth. Because so much data is now collected and analyzed in localized servers and devices, there is no need for most data to go to data centers. Edge computing requires less bandwidth at the data center level. Data centers can save bandwidth and prevent costly improvements to existing cloud storage features by storing fewer data in the cloud and processing more data locally.

While edge computing allows for more localized data processing and storage, some geographic areas may be a drawback when it comes to edge implementation. There will be fewer active edge devices and local servers on the network in fewer people and financial or technological capital. Many of the same places will have fewer IT specialists capable of launching and managing a local edge network’s device.

At the enterprise level, edge devices are generally more difficult to pinpoint, making it challenging to track localized devices that deal with enterprise data and decide whether they are adhering to the enterprise network's security policy.

Devices with limited authentication features and visibility on the network can be complex for businesses attempting to take a zero-trust approach to network security.

Data Loss Due to Potential Energy

After being processed on an edge device, irrelevant data is frequently lost, never making it to a cloud computing system for storage. It may be boring to sift through all of the data in a cloud data center, but the data's central storage gives you peace of mind that it will be there when you need it. Although edge computing procedures save space and money for storage, critical data may be completely misunderstood and lost by an edge computer by mistake.