Blockchain Technology: Past, Present and Future 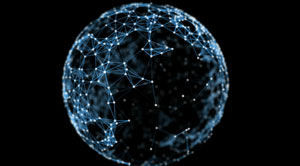 Internet development can also be referred to as 'smart development' and the growth of this industry is attributed to both, the shared knowledge by individuals and the technological advancements. This process is divided into stages. In the 1960s, wide-area computer networks were the first one to be created.

Following that in the 1970s, there was the inception of the electronic mail system along with Ethernet which was created later in that decade. In the 1990s, the World Wide Web was established with the advent of search engines and first browsers later in that decade. Each step in developing internet was of great significance.

Formerly, Blockchain technology started with the advent of digital currency Bitcoin but now it offers benefits to other industries as well. This technology is new so it's likely that there will be more major developments in this field. Experts have divided the history of blockchain into three important stages.

Satoshi Nakamoto, a pseudonymous developer of bitcoin had introduced this digital currency. This technology makes use of 1 megabyte (MB) blocks of information on bitcoin transactions. Here, the blocks are linked together through a complex cryptographic verification process and hence forming a well-established chain of networks.  This technology is booming and the industrialists are striving hard to make it a part of their business because of the rising competition.

As the time passed by, developers understood that blockchain could do more than just document transactions. Ethereum, blockchain-based distributed computing platform said that assets and trust agreements could prove beneficial from blockchain thereby representing second-generation of this technology.

The introduction of smart contracts was the major step by Ethereum.  The business world is basically managed between two separate entities wherein sometimes they are assisted by a third party. Moreover, smart contracts is a self-managing procedure on blockchain which does not require any outside entity. These are triggered by events like the passing of an expiration date or achievement of a particular price goal.

With more users, investors, exchanges and startups involved and scalability is expected to be a serious issue in the upcoming future. This system is beginning to strain under its own weight. Due to this, many enterprises are trying to revise this issue. One of the important development- blockchain technology will have a serious threat because of the scalability issue.

Blockchain technology is being discovered and implemented. It's hard to say where this development will lead the technology and cryptocurrency as a whole.