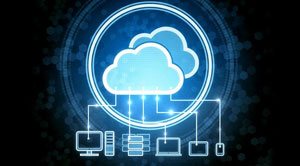 The Network Function Virtualization (NFV) refers to the running of software-defined network functions, not depending on any particular hardware platform. NFV aims to increase control over network operations with enhanced agility and flexibility, as well as reduced costs. A VNF as a network function that is implemented using software decoupled from the underlying hardware forms a core part of NFVs. Cloud-native VNFs are very important for NFVs because these VNFs do not suffer the limitations of traditional VNFs such as the high magnitude of hardware consumption, suitability for specific NFV hardware infrastructure only, need for manual installation, configuration, and deployment on NFVi, lack of API, and no support for multi-tenancy.
Cloud-native VNFs provide scalability and self-management capability, unlike traditional VNFs. Additional benefits are offered by the presence of APIs in cloud-native VNFs which facilitates:

• automated installation, configuration, scaling as per network requirement, updating, monitoring and analysis of performance and errors in VNFs

Building the cloud-native VNFs that are microservices-based, dynamically managed, functionally containerized, and specially designed for orchestration unrestricted by the limitations of traditional VNFs have the potential to prove revolutionary for vendors and software development.

NFV plays a key role in the development of 5G networks, and in its current stage of maturation wherein NFV solution providers are resolving challenges faced by conventional VNF, automation at every level of NFV deployment with cloud-native VNFs poses as a promising solution.