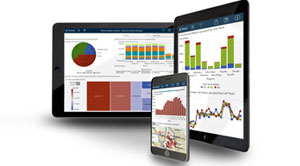 In the past decade, developers have had exciting options for databases, cloud storage services, and concepts like microservices and serverless computing architectures. While these innovations have helped in the development of applications quickly and efficiently, the large amounts of data gathered by these applications are inaccessible to conventional analytics tools. Any enterprise seeking to leverage data analytics has to first overcome the hurdle of a poorly designed data infrastructure of the past. However, open source data-as-a-service (DaaS) platforms like Dremio and Presto hold the power to stitch together silos between traditional business intelligence (BI) tools.

While app development methodologies have upgraded over the years, the ways companies manage the data residing in those apps have not evolved much. This is a problem. Popular BI tools all assume that data is situated in a single place in a relational model. In actual practice, enterprises do not keep all their data in a single data warehouse, and data silos are always present.

Emerging DaaS platforms such as Dremio allow developers to build applications on their preferred databases and file systems with a new layer that connects BI tools and data sources. Further, it extends the value of existing BI investments, and helps embrace a modern, open source-driven future for data analytics.