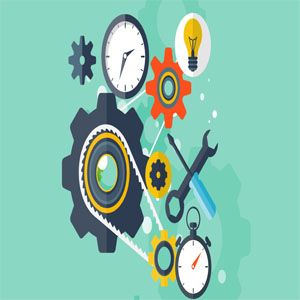 KAWASAKI, JP: Fujitsu Laboratories and Fujitsu R&D Center announces the development of a software platform that enables the centralized and stable management of operating status for a variety of sensors, devices, gateways, and condition of the network that connects them. This platform will support the operations and management of IoT services.

Both the units have defined common Application Programming Interface (API) to strengthen the   management of IoT device and network status, and will help in the monitoring which is required to analyze the cause of faults. They have also realized functionality, based on a plug-in format, so as to harmonize differences between common-API and IoT-device interfaces. This will greatly contribute in stable operations of IoT devices.

Plug-in-based adapter to handle different protocols
The newly developed software platform have defined an IoT front-end API to collect monitoring information from a variety of IoT devices and network equipment in a common process. Fujitsu Laboratory unit have implemented this adapter function, which handles differences in protocol and data format between the IoT front-end API and the API for each device, as programs (plug-ins) that can be added or switched in and out
Fault analysis API
IoT front-end information management function will collect information from the IoT front-end API in a database, and enables analysis of problems through a fault analysis API. This makes it possible to provide remote operations management services and analysis tools without regard for the types of devices making up the system.

This software platform primarily runs on gateway devices. The gateways and IoT devices are connected by short-range wireless networks, such as Wi-Fi and Bluetooth, through the adapter.

This technology will simplify the development and provision of monitoring tools and fault analysis tools when building IoT systems comprised of a variety of devices, enabling rapid operations management of IoT services through remote monitoring.