Google Inks Deal with Airtel; Takes on AWS and Azure in India 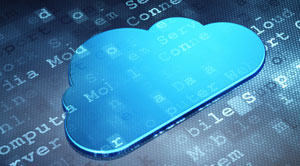 Google Cloud announced that the new partnership would enable Airtel to offer G Suite to small and medium-sized businesses as part of the telco's ICT portfolio.

FREMONT, CA: Google has signed a deal with Airtel, India's third-largest telecom operator, to grow its cloud customer base in the key overseas market. The cloud market is emerging as a new battleground with AWS and Microsoft being the key player.

Prior to this, Reliance Jio, India's largest telecom operator, had struck striking a similar deal with Microsoft to sell cloud services to small businesses. The deal between Google and Jio announced a 10-year partnership with the objective to "serve millions of customers."

It is strange that AWS, the leader of the cloud market, does not maintain any similar deals with a telecom operator presently -though it had in the past. To acquire news users in India, such deals between the tech giants and the carriers were very common a decade ago.

It was only in the last decade that nearly half a billion people in India came online. And slowly, small businesses and merchants have started using storage services, digital tools, and accept online payments. According to a report by Nasscom, India's cloud market is expected to be worth more than $7 billion in three years.

The three companies viz. AWS, Azure, and Google have also launched a range of tools and conducted training in India in recent years to help stores easily build a presence on the web. Moreover, Amazon recently declared it is investing $1 billion into its India operations to help about 10 million merchants come online.