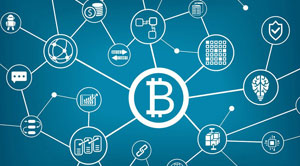 Amazon, the internet retail behemoth with its future throttle innovations and web services, has recently won two blockchain-related patents, solidifying its presence as a potential contender in the blockchain domain. These two patents may change the consumers shopping experience on Amazon, and persuade Amazon shoppers not to buy elsewhere.

Signature Delegation is the first patent, where cryptography technique is integrated with digital signatures in Merkle-tree based data scheme. Merkle tree structure comprises with a distributed framework and peer-to-peer connection amongst the network for data verification. Moreover, it enables the blockchain process to define the underlying data structure, and introduce the audience with decentralized and distributed ledger technology. Furthermore, with the tree structure, the Amazon encrypted system will solve the delegations that arise in signing authority amongst the entities that will be authorized to sign on behalf of a genuine user.

The second patent, an extension of the grid for data storage system describes the techniques involved in a grid encoded storage system, and its possibilities of extension by creating extendable shards in a database. This process is helpful in developing flexible datasets similar to that of the blockchain. Moreover, this patent was filed by Amazon almost three years ago to showcase that Amazon is aware of the bitcoin process, and advanced transactional process.

Through these patents, customers can experience the multi-streaming service to keep track of their transactions, as well as other modes of transactions such as bitcoin and other cryptocurrencies. These patents may also cover transactional areas similar to those deployed in torrent blockchain-based data storage projects such as Filecoin, Siacon, and Arweave.

Though other leading companies such as Alibaba, Google, and Microsoft are already competing in this industry, the latter two patents of Amazon’s will be delving even more into the blockchain technology.

Furthermore, the theory of Amazon shifting towards the future digital currency industry has continued to develop along with the advancement in the cryptography-related domain. The rise through the patented blockchain technology and its essential innovation will lead to a futuristic approach towards advanced crypto industry allowing digital currencies and blockchain technology to slant towards open-source framework and fundamental technology.

However, these patents may contrast the development of open source, collaborative and authentic software. It is still unclear how existing start-ups and decentralized technology will employ these technologies. Also, the requirement to convey blockchain technologies amongst the entities has commenced.