How to Secure the Internet of Things from Cybersecurity Threats 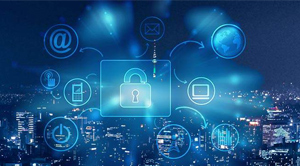 IoT attacks are on the rise, particularly when remote work and remote offices are taken into account. It's important to be aware of and comprehend the threat environment.

Fremont, CA: The Internet of Things (IoT) are internet-connected devices and appliances that are readable, identifiable, locatable, addressable, or controllable. This involves physical objects interacting with one another, such as machines communicating with machines and machines communicating with people. It covers everything from edge computing to home appliances, from wearable technology to vehicles. The Internet of Things (IoT) is the unification of the physical and digital worlds.

Each IoT device is an attack surface that hackers can use to gain access to your data. Most IoT devices, unlike laptops and smartphones, have limited processing and storage capacities. This makes it impossible to use anti-virus, firewalls, and other security tools to keep them secure. On the other hand, Edge computing collates local data intelligently, making it a focused target for specialized threat actors. In addition to IoT device hardware, ransomware can target applications and data.

IoT attacks are on the rise, particularly when remote work and remote offices are taken into account. It's important to be aware of and comprehend the threat environment. Some of the threat actors, including hacktivists, criminal enterprises, and nation-states using GAO attack methods, are becoming more advanced as security flaws and setups are shared on the Dark Web and Web forums.

Supply chain vulnerabilities are intensified by the Internet of Things (IoT). The growing connectivity of the Internet of Things is a web of networks and devices that is continually expanding. The internet of things faces a major challenge from increased endpoint convergence combined with an increasingly growing and poorly managed attack surface. Hackers may use IoT endpoints to flood websites with massive numbers of traffic requests, causing them to crash.

Interaction between OT and IT operating systems, especially in critical infrastructure, is another security issue. Attackers have developed a better understanding of control systems and how they can be targeted, allowing them to use weaponized malware. Additionally, the increased communication brought about by the introduction of the industrial internet of things and operational technologies has increased the attack surface, requiring energy infrastructure operators to use "defense by design" to combat cyber threats.

Every type of cybersecurity attack, including IT and OT, can be used against the IoT ecosystem. IoT connected by 5G would improve accessibility, speed, efficiency, and power in the future, necessitating the need for even more secure and robust IoT endpoints.