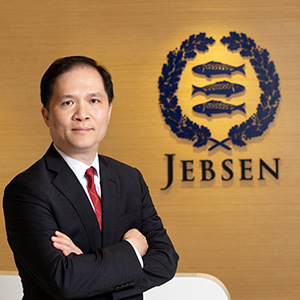 IBM Optimizes Blockchain Framework and Brings It to Cloud Platform

Blockchain is a digital ledger database system that can be used to record transaction and share it among distributed network of computers.

Blockchains networks are built on the notion of decentralized control, but some cloud environments leave back doors open to vulnerabilities that allow tampering and unauthorized access. Working with teams of security experts, cryptographers, hardware experts and researchers, IBM has created essential new cloud services for tamper-resistant, trusted blockchain networks.

Blockchains ledgers are stored concurrently in multiple locations and the entries are cryptographically signed to prevent unauthorized modifications. Users can save crypto keys and monitor unauthorized attempts to enter system. Blockchain provides an auditable trail of all the transactions.

Blockchain for Hyperledger Availability on DockerHub

IBM’s new offering will feature a dedicated environment on the IBM Cloud that will allow production blockchain networks to be deployed in minutes. Users will also have the option of using Docker containers via Docker Hub, featuring dashboards and analytics to monitor them, and also support and consulting services from IBM alongside that.

Organisations that need the flexibility to run blockchain on different cloud servers or devices will now be able to access a signed, certified distribution of IBM's code submission to the Hyperledger project through DockerHub. Ongoing updates will provide new features, including dashboards, analytics, chat support and exclusive network services.

IBM is enhancing the functionality of IBM Blockchain for Bluemix, for developers looking to beta test applications. This includes access to the Linux Hyperledger code that gets updated in real time.

"Blockchain is a highly innovative and promising technology. However, there are a lot of issues to be solved for enterprise systems," says Eiji Ueki, director and executive vice president of NTT DATA, in a statement. "IBM's new blockchain cloud service is directly trying to address those issues. We believe this will help accelerate the maturation of blockchain technology."