IoT to Dominate the World of Technology 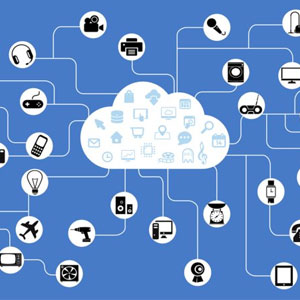 2018 is about to witness how technology enters the mainstream through increased adoption in IoT. Though we are still at the beginning of the changes that IoT will bring to our world, in a prediction made by HIS, there will be around 70 billion IoT devices in existence by the end of 2025. Due to the seamless and robust integration between IoT and the Cloud, the physical and computation worlds are getting closer together in a reflective way.

In the recent future, the resource-efficient machine learning algorithms will develop the efficiency for Edge Devices to take over a rising number of computing requirements. Edge Computing has high privacy and can reduce latency and is expected to evolve significantly over the coming year.

Moreover, big data has also grown massively due to IoT, and blockchain technology can take IoT's ability to help companies target consumers more efficiently to the next level.

But the biggest concern here lays with the hackers, as all internet-based technologies will face security challenges with the expansion in IoT. As more devices get connected to each other, hackers will present new levels of concern for security experts.

As there is an increase in the potential for vulnerabilities in global infrastructure systems with rising industrial IoT, new challenges emerge along with it for network security experts to prevent malevolent attacks on businesses, governments, and individuals.

Saying that one must conclude that despite the growing risk, IoT has already made a profound impact on our lives, and will dramatically alter our world over the coming year.