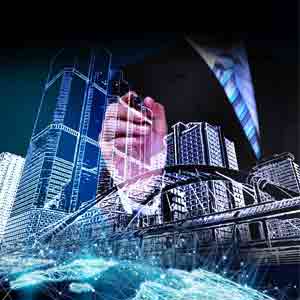 The Internet of Things (IoT) has quickly become an important part of how people live, communicate, and conduct business. Web-enabled devices are making the world a more switched-on place to live all over the world.

Fremont, CA:  The Internet of Things (IoT) has quickly become an important part of how people live, communicate, and conduct business. Web-enabled devices are making the world a more switched-on place to live all over the world. There are various types of challenges in front of IoT. Let’s have a look.

While encryption is a great way to prevent hackers from accessing data, it is also one of the leading IoT security challenges. These drives have the same storage and processing capabilities as a traditional computer. As a result, there is an increase in attacks in which hackers can easily manipulate the algorithms designed to protect.

As the number of IoT (internet of things) devices grows, IoT manufacturers are more eager to produce and deliver their devices as quickly as possible, without giving security much thought. Most of these devices and IoT products do not receive adequate testing and updates, making them vulnerable to hackers and other security issues.

Brute Forcing and the Dangers of using Default Passwords

Because of weak credentials and login information, nearly all IoT devices are vulnerable to password hacking and brute force. Any company that uses factory default credentials on their devices exposes their business and its assets, as well as their customers and their valuable information, to a brute force attack.

Increases as the number of devices increases.

Ransom ware  employs encryption to effectively lock users out of various devices and platforms while still retaining access to a user's valuable data and information. A hacker, for example, can take pictures with a computer camera. Hackers can demand a ransom to unlock the device and return the data by using malware access points.

Workers have the ability to manipulate data privacy, which could pose significant risks to an open Crypto market. Malicious hackers pose a threat to the exact value and creation of cryptocurrency code.

Companies are attempting to improve security. The block chain technology itself is not inherently dangerous, but the app development process is.