FREMONT, CA: Microsoft unveils a series of products and announces partnerships to strengthen its Azure cloud platform for building intelligent cross-platform apps and services to capitalize on the industry's shift toward cloud-first and mobile-first experiences innovation.

Microsoft is joining the Linux Foundation as a Platinum Member, welcoming Google to the independent .NET Foundation, and working with Samsung Electronics Co. Ltd. to give developers better choice in the tools they use. The company will be demonstrating a preview of Visual Studio for Mac to enable developers write cloud, mobile and macOS apps on Apple's Mac operating system. The company is conducting apreview of the next version of the company's flagship SQL Server database with support for Linux, Linux-based Docker containers and Windows-based environments.

"By becoming a Linux Foundation Platinum member, Microsoft is better able to collaborate with the open source community to deliver transformative mobile and cloud experiences to more people," says, Jim Zemlin, Executive Director, The Linux Foundation. "Microsoft has been a key contributor to many projects, and we see the company intensifying its involvement and commitment to open development." 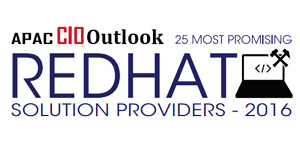