Unlike other 25GbE server adapter solutions in the market, the Agilio 25GbE platform delivers up to 4 times higher performance and scale when implementing OpenStack and Linux Firewall-based stateful, and up to 5 times higher performance for OpenStack and Open vSwitch (OVS)-based acceleration. It also increases server efficiency by freeing up to 11 CPU cores for VMs and applications without compromising server utilization features suchas live VM migration. The Linux Firewall feature based on Connection Tracking has been added to the new Agilio vSwitch (OVS) and is designed to enable zero-trust stateful security in data centres using OpenStack-based automation. The 25GbE specification enables more than two times the performance of 10GbE with similar connector and cabling costs.

“More than 60 percent of OpenStack-based cloud deployments today are based on OVS and Linux Firewall, which are well known to consume too many CPU cycles at 10/25GbE and higher networking speeds, starving VMs and applications,” says Sujal Das, Senior Vice President and General Manager of marketing and strategy, Netronome. “Netronome is the first in the industry to offer a holistic 25GbE platform that not only delivers economies in the area of speeds and feeds but also improves overall server efficiency when running modern and secure data centre applications.” 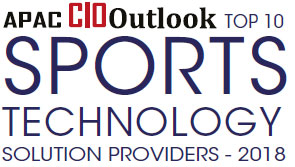