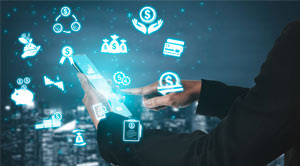 Fremont, CA: Paidy, a Tokyo-headquartered fintech startup, raises additional capital from existing investor Itochu Corporation as a part of the extended Series C round of financing. The latest input to the company’s funds totals to make Paidy a $91 million company. The corporate investor had participated in the fintech startup’s Series B round in July 2016 and Series C round in July 2018. The company has also secured $143 million from its previous funding round, as an extension of its Series C round.

The fintech startup has collected as much as $281 million in equity and debt to date, according to a company statement. Paidy was founded in 2014 and is an online payment platform that offers instant, monthly consolidated payment virtual credit accounts for e-commerce consumers in Japan. Paidy enables its users to make transactions via email addresses and mobile phone numbers. The company also debuted buy now, pay later payments on Amazon Japan in November of last year. Paidy also plans to strengthen its partnership with the Japanese trading conglomerate Itochu and its long term investor. In 2018, Itochu led the $55 million Series C round funding for the startup. In 2016, Itochu had also infused investments in the company’s $15 million Series B funding round.

“Itochu Corporation will further contribute to the growth of Paidy by supporting them in enhancing their management, human resources, merchant network, and development of new services,” said Shuichi Kato, executive officer and executive vice president of Itochu’s ICT & Financial Business Company, in a statement.