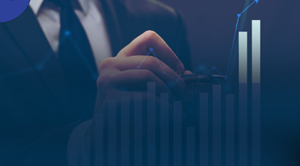 Fango was created by Gokhan Celiker in 2015. Since then the company has grown multifold, hosting over 3,000 marketing campaigns for brands including HBO, Stubhub, Candy Crush and more

Fremont, CA: Social networking and instant messaging company Yabb announced the acquisition of Fango, a leading influencer marketing platform based in San Francisco with more than 40,000 member influencers and a social media reach of over 1.28 billion. Fango uses the power of artificial intelligence and machine learning tools to suggest which creators to collaborate with, identify audiences, track content and results.

"Yabb sets itself apart from other social networks as an ad-free platform," said Kenneth Ting, Yabb’s CEO. "Gokhan Celiker and his team have built a vibrant influencer community and developed a cutting-edge platform. Gokhan is a true visionary and built Fango at a time when very few people understood the power of social influencers. This acquisition will give us a tremendous head start.”

Gokhan Celiker created Fango in 2015. Since then the company has grown multifold, hosting over 3,000 marketing campaigns for brands including HBO, Stubhub, Candy Crush and more. Yabb, led by Kenneth Ting, is available on the Google Play Store and Apple's App Store. The app allows users to share photos, videos, links, voice messages and text to other users through its social network and instant messaging platform. Users can also make free voice and video calls to other members. Yabb is a wholly-owned subsidiary of Baycall Pty Limited, an international telecommunications company that was founded in 2000.

“We look forward to seeing how Yabb leverages Fango’s technology to empower its users,” said Gokhan Celiker, Fango’s co-founder and CEO. “I will personally oversee the process to ensure a seamless transition with minimal impact on our community in these unprecedented times.”