The Future Of Manufacturing Automation

The Future of Manufacturing Automation 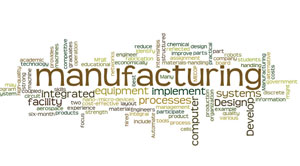 With the advancement of Artificial Intelligence (AI) and remote communication, automation is gaining stature in the manufacturing space. The usage of both AI and remote communication is slated to rise dramatically in the forthcoming years. In general, automation can be defined as taking rote tasks and designing a system that entirely performs the tasks automatically.

For example, the automation process is efficiently used in pharmaceutical manufacturing units where an automated system is used to dispense a given amount of powdered chemical. This enables numerous benefits that include mechanical precision and consistency, provides better safety, and decreased operating expenses.

Automation will be boosted by the presence and impact of AI which will be reliable to use and have great outreach. Based on the course of present automation trends, a few predictions can be made on the future of manufacturing.

Unlike previously, it is becoming possible to run an entire factory with fewer people, whereas the rest of the operations are carried out by robots and machines. Nonetheless, the most powerful and fine-tuned machine also needs human interaction and correction to avoid any manufacturing failures. However, with the introduction of AI, it can change the scenario by making it possible for the machines to understand the complex goals better than what is the present scenario. This will enable 100 percent automation at any given location with regular check-ins from the central hub.

Theoretically, AI can alert a human supervisor in case of a manufacturing failure and can also correct it. This results in finding more errors and can lead up to a position at the cost of recalling the business. Any company can afford losses to some extent but would not want to recall the business. They would take every precautionary measure to avoid this. In the pharmacy and medical sector, if a recall is performed, then there is every chance of inviting complicated legal problems.

The greatest advantage of an automation machine as compared to the human effort is the ease with complex calculations can be solved instantaneously. This raises the levels of insecurity among people that they will be replaced by machines. But in reality, people are going to adhere to changes and adapt to new roles.