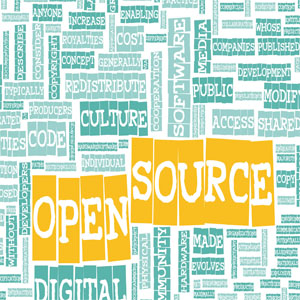 SAN FRANSISCO: A new survey conducted by the Node.js Foundation states that there is a full stack demand for Node.js by enterprise developers. According to the Node.js user survey report, Node.js is emerging as a universal platform used for Web applications, the Internet of things (IoT) and the enterprise.

Node.js is an event-driven server-side JavaScript development environment based on Google's V8 JavaScript engine.  The Node.js Foundation is a consortium of organizations fostering the development of the Node.js platform.

The user survey report provides a detailed picture of the technologies that are being used particularly with Node.js in production and language preferences (current and future) for front-end, back-end and IoT developers. Key highlights of the survey:

96 percent of IoT developers are reported to use JavaScript/Node.js for development.

The report states that full stack is no longer “front end and back end,” but “front end, back end and connected devices,” that is run in JavaScript and enabled by Node.js. The survey revealed that 62 percent of respondents are using Node.js for both front end and back end development, and nearly 10 percent are using Node.js for front end, back end, and IoT development.

It was found that Node.js is being increasingly used in enterprises such as PayPal, Go Daddy, Capital One and Intel. The foundation survey results showed that more than 45 percent of respondents said they are already using the Node.js Long Term Support release (v4). 80 percent of those who haven't upgraded report definite plans to upgrade to v4, with half of respondents planning to do so this year. In addition, the survey showed there is strong interest in enterprise tooling among 34 percent of technology leaders.

It was also found that the popularity of real-time, social networking and interactive game applications is pushing a new stack among developers, according to the report. Node.js, in combination with MongoDB, Express, AngularJS, is being used to allow developers to tackle the needs of front end and back end development.

In the future back end, front end and IoT developers plan to decrease their use of Java, .Net and PHP and increase the use of Python and C++.

The survey was conducted for 15 days and had 1,760 people from around the world to participate in it. Seventy percent of the respondents were developers, 22 percent technical management and 64 percent run Node.js in production.