Ntuple: The Future Of API Is No-Code

In a digital-first age, legacy enterprise architecture has no place in an organization. Thus, companies today have begun expediting their digital transformation operations to remain competitive and relevant in today's hyperconnected marketplace. However, setting aside the numerous concerns raised by legacy technology, there is the pressing issue of a diminished digitally-skilled workforce. There is an evident lack of trained programmers in the current IT marketplace, and businesses everywhere face an enormous challenge in finding relevant solutions. This phenomenon, combined with the presence of legacy infrastructure, continues to plague industries agnostically; and a few, like the financial, utilities, and healthcare sectors, are currently facing the brunt end of the stick.

"There is a war between startups and the other enterprise companies in the market to hire the best. Moreover, most of the training programmers are expected to focus on big data or artificial intelligence, and not look at things like creating APIs or managing infrastructure," expresses Min Park, a forward-thinking IT professional who places digital transformation ahead of anything else. In light of the same, Park founded his company, Ntuple, to help companies altogether avoid such impediments and proactively work toward gaining a competitive advantage in today's technologically-charged landscape. Almost seven years since its establishment, the company continues to operate diligently with a strong focus on backend technologies such as application programming interfaces (API) and serverless platforms. 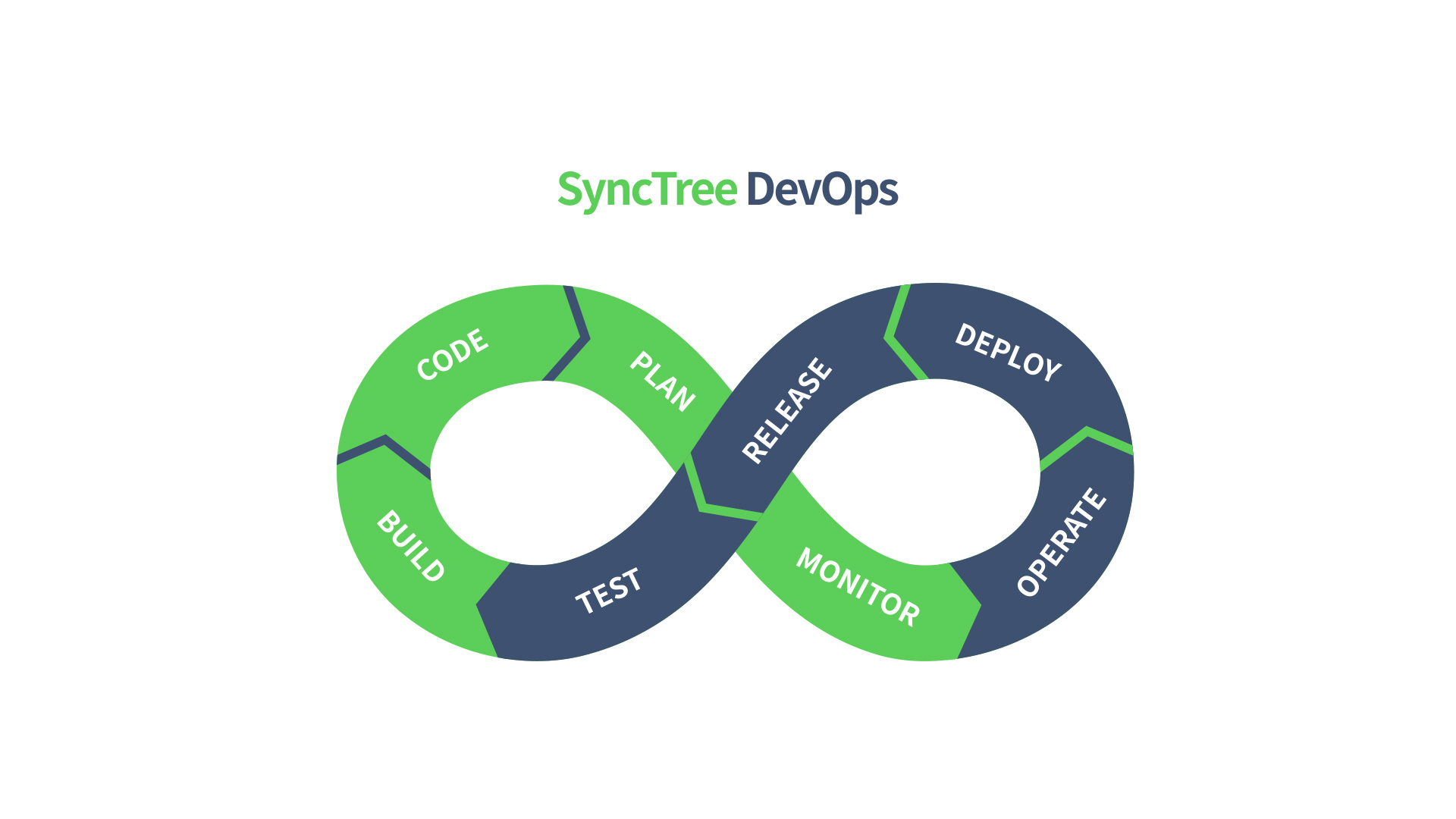 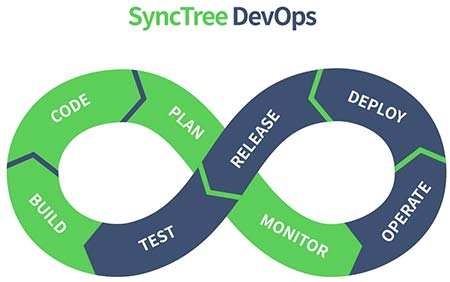 What makes Ntuple stand apart from the rest of the IT crowd is its innovative no-code API solution called SyncTree that follows a block coding model, where users can drag and drop code via an intuitive graphical UI. The implications of such a unique offering are vast, and companies all over the globe can expect to thoroughly implement it as an enterprise-wide solution and restructure entire workflows with ease. "We accelerate the digital transformation of our clients by providing no-code solutions that enable API creation, development, and management," adds Park.

An Inspiration through Gaming

The idea to establish Ntuple—and coining the product's name—sparked when Park worked as a game developer who began managing game assets through proprietary APIs and protocols. A few years later, orchestrating a few game item trading functions, Park realized that this technology could be applicable in various other use cases, such as managing tax for banks or patient data in hospitals. This realization led to the development of an API management solution that required no code; and in 2020, Ntuple's SaaS-based platform was launched.

Today, with the help of SyncTree, a client is empowered to cut costs, reduce the need for an additional workforce, and deliver solutions much quicker.Such an efficient tool bodes exceptionally well for financial and healthcare organizations.


where their mostly paper-based processes can now be automated or effortlessly streamlined, overcoming the hurdle of legacy infrastructure. "Companies can even create APIs and services that create and manage microservice architectures without any code," adds Park.

With the help of SyncTree, coding is replaced by numerous modularized function blocks, which can be used to develop business logic quickly, microservices, and create, publish, manage, test, and deploy APIs. All of this can be done instantaneously with a single tool.

The platform offers a developer friendly environment and a range of modules for programminglevel development without the need for a separate toolset or scripts. Furthermore, separate version control and dissemination are conceivable, allowing large-scale jobs to be handled in parallel stably. Moreover, deploying SyncTree is simple and does not require high-level technical knowledge, as long as the logic is sound. "This feature makes SyncTree a unique asset to our customers," states Park.

"Companies Can Even Create Apis And Services That Create And Manage Microservice Architectures Without Any Code." 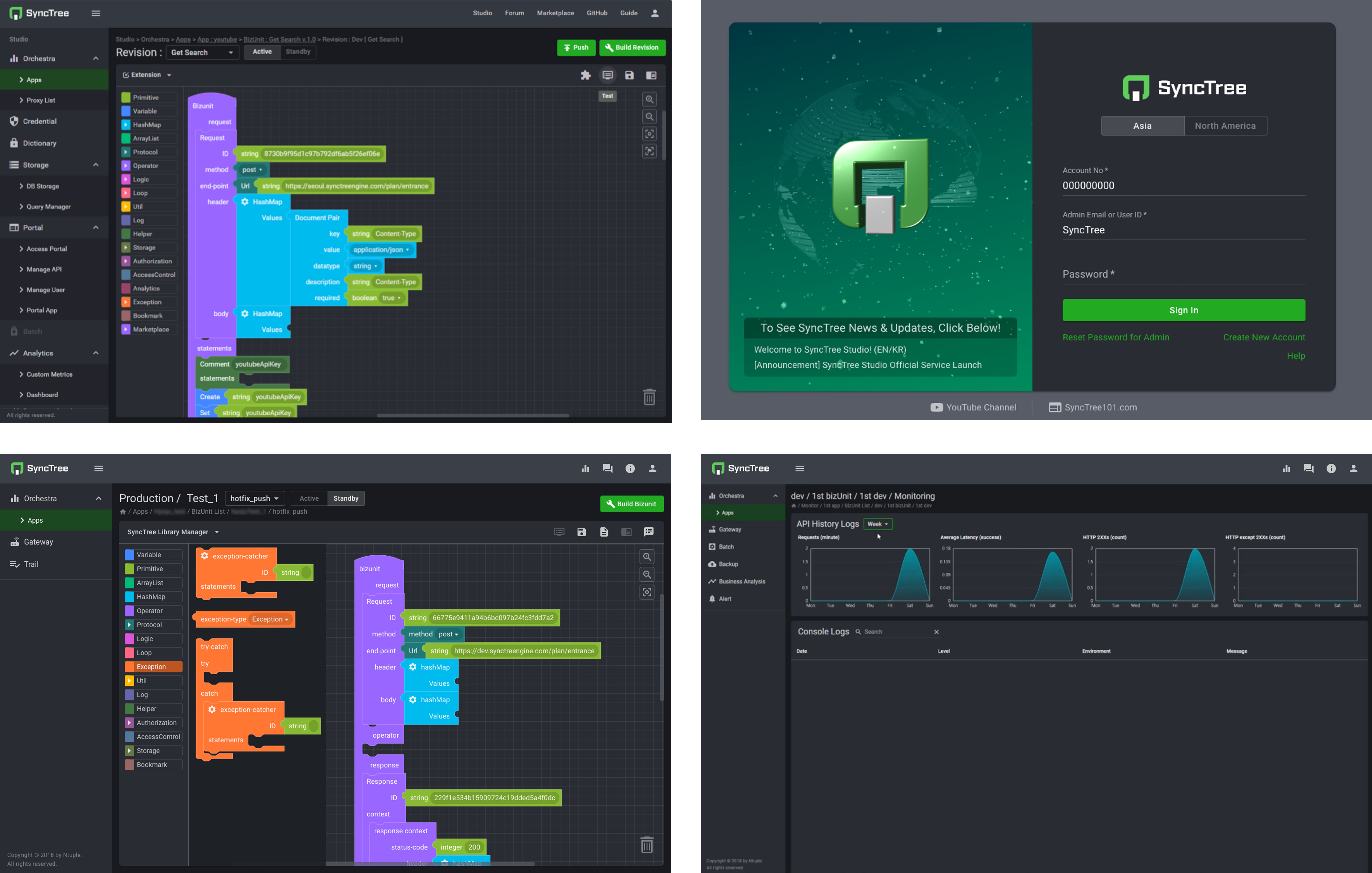 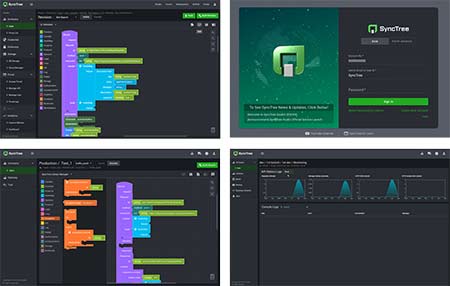 The platform provides complete microservice management features, allowing users to design and manage microservices in a serverless environment without the hassle of server creation or operation. However, the most distinguishing factor of the platform's no code feature is providing codeless backend control. While most no-code solutions limit their abilities to the front end, SyncTree remains the only platform to extend to the backend as well. This is something coveted by many of the Unicorn startup companies in Korea, enabling them to speed up the backend transformation.

A Demonstration in Finance

To further elucidate the capabilities of SyncTree, Park shares the story of AIG Korea and how Ntuple was able to drive value for this client in a massive undertaking. When AIG Korea, the country's first foreign insurance company, was required to employ safer and faster external partnership channels to grow its business and eliminate repetitive and unnecessary infrastructure work. Ntuple strengthened the client's security by sharing data through security protocols and public clouds leveraging SyncTree based on the US-patented security communication method and device using pre-designated URL, leaving no data in the middleware. Thanks to its excellent security, at the review stage of the competitor's solution, we have passed the security team's examination of Korean and American headquarters. "SyncTree empowered the client to connect with multiple channels," adds Park.

With the platform's prowess, AIG successfully linked 14 channels in a little over a year.


much faster than the current methods in practice, which typically take longer than three months to link each new channel.

In another instance, Ntuple showcased its digital prowess while collaborating with KB Securities, one of the largest securities firms in Korea. KB Securities chose SyncTree because of its API creation function. The client had to develop and distribute many APIs to respond to the government's MyData business. Consequently, SyncTree helped KB Securities thwart its global competition in API development management within three months by creating 1000 APIs. The client's development costs and time were cut down by 80 per cent, increasing sales via SyncTree by 180. 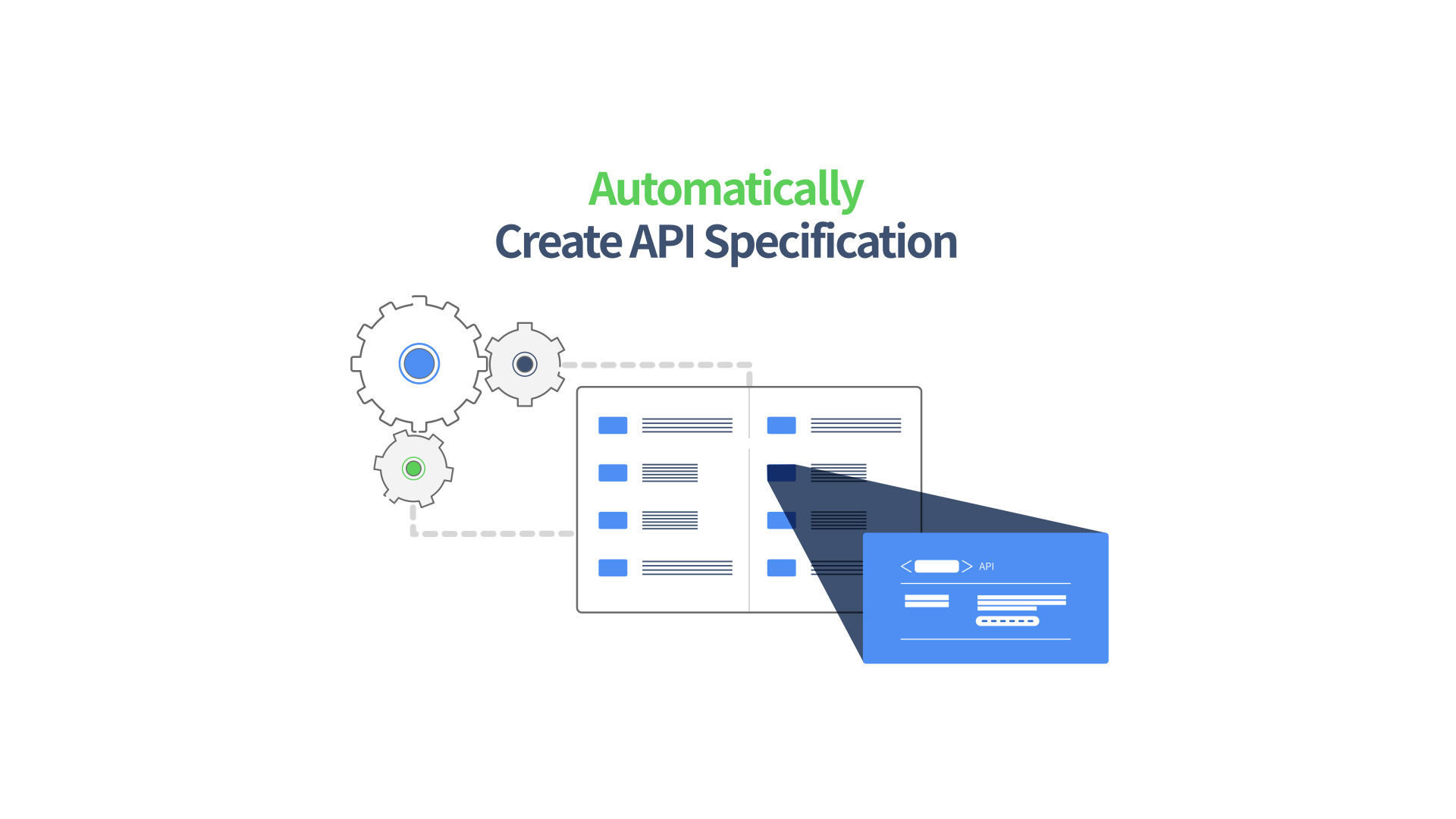 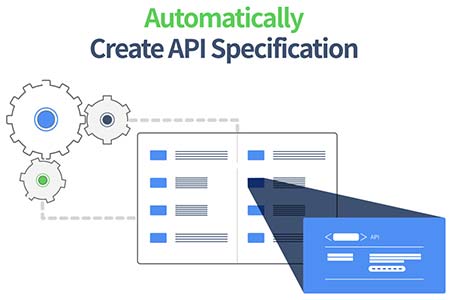 Park and his team had already helped this client with their no-code apex solution for innumerable data transactions between various stock and third-party companies every day. "After they adopted our solution, KB Securities realized that they could create a secure, internal system without any code," adds the founder. And so, that is what they did. The client was empowered to build their only bank-asa-service (BaaS) platform via SyncTree's exceptional functionalities. KB Securities completely transformed their internal legacy systems into BaaS, enabling them to proffer microservices. The client continues to employ the no-code API creation solution and shows no signs of ever switching back to manual coding processes.

A Revolutionary Stepping Stone in Modern IT

Park is extremely aware of the importance of APIs in today's scenario, and he cites that many giants make a majority of their profit through the same. While various API solution providers are available in the market, SyncTree remains the only platform that allows users to create APIs from scratch or merge with existing ones without having to code anything. The versatility of SyncTree is quite evident as giants like Woowa Brothers Corp (a delivery hero company), KB Security, AIG, ABL, KT, Tidesquare, Hyundai Construction Equipment, Commax, Konyang University Hospital, and more are benefitting from the platform's savvy. SyncTree has proved helpful to multiple Korean Unicorn startups, hospitals, IT companies, and telephone manufacturers. "Our clients are extremely content with our services and keep coming back for more," extols Park. 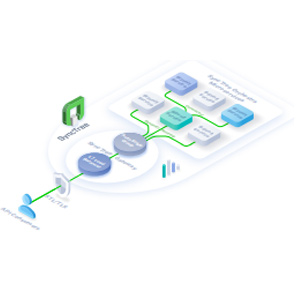 Park envisions a bright future for SyncTree and his future clientele as he aims to further enhance the platform's capabilities by creating a codeless workflow management tool. The Ntuple empire has further established its presence in Hong Kong, with the view of bringing about a codeless revolution. Park is in conversation with AWS, Alibaba, and other mammoths for collaboration to further enhance the prowess of SyncTree. "We will set up our functions on their cloud platform and see to it that cross-promotion works easily and quickly," Park signs off on an elated note. 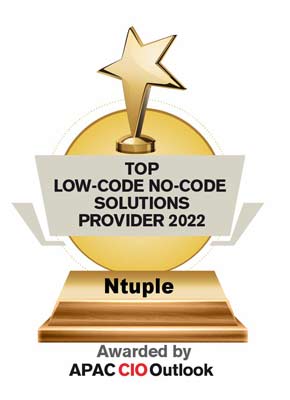 Description
Ntuple Offers a trail-blazing no-code API solution with a drag and drop interface powered by modularized function blocks. What makes Ntuple stand apart from the rest of the IT crowd is its innovative no-code API solution called SyncTree that follows a block coding model, where users can drag and drop code complemented by an intuitive graphical UI. The implications of such a unique offering are vast, and companies all over the globe can expect to thoroughly implement it as an enterprise-wide solution and restructure entire workflows with ease. 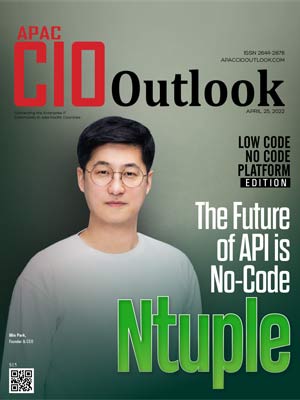