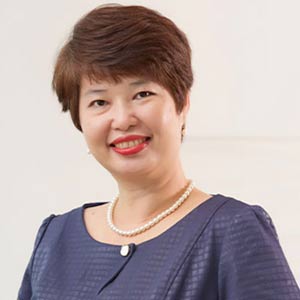 The government of Singapore has formally lifted the three-year ban on the construction of new data centers, and announced a program for applications to build new facilities

FREMONT CA: A pilot program for new applications has been initiated by the country's Infocomm Media Development Authority (IMDA) and Economic Development Board (EDB) with the goal of  enabling the calibrated and sustainable growth of data centres in Singapore.

Singapore has developed into a significant hub for digital infrastructure in Asia Pacific in the last decade and beyond. It is a little nation, only 278 square miles in size, but it already has 60 data centres, each with a footprint greater than 357 MW. The sector consumes more than seven percent of Singapore's electricity and the majority of the nation's electricity is produced by fossil fuels.

Data Centres (DCs) are crucial enablers of the digital economy. As the use of digital applications and services grows, so does the demand for data storage and processing for businesses and consumers worldwide. However, DCs are heavy users of resources such as land, water, and energy and have massive carbon footprint.

In order to make their growth more sustainable, Singapore’s Minister for Trade and Industry announced that the moratorium would be lifted, but with some restrictions. Since then, there have been speculations that these restrictions will also include a limit on the overall amount of MW that can be constructed annually. The Communications Minister announced a pilot program in which new applications would be accepted so that the government could evaluate the results.

Check Out This : Energy Business Review

According to Dr. Janil Puthucheary, Senior Minister of State, Ministry of Communications and Information, IMDA and the Economic Development Board (EDB) will pilot a Call for Application to enable the growth of data centres that possess the best-in-class techniques, technologies, and practices for energy efficiency and decarbonization. Singapore is dedicated to upholding its environmental commitments under the 2015 Paris Agreement, and greener data centres will enable the country to achieve that while servicing the expanding requirements of its Digital Economy.

In the public launch of the pilot scheme, the IMDA/EDB came up with a brief document outlining the parameters, moving forward, Singapore will need to manage the growth of DC capacity in a sustainable manner consistent with their climate change commitments.