Eric Ruscheinski, Sr. Director of IT of Salient CRGT

How IBM is revamping the IT landscape by acquiring Red Hat 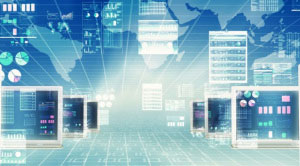 International Business Machines Corporation (IBM) has made an acquisition with the potential of changing the business landscape. IBM has acquired Red Hat for $34B, a 64 percent premium over Red hats. Besides other significant causes, this is the largest software-only acquisition till date.

Following are the areas that will be impacted by the acquisition:

Open source: Red Hat is the most successful open source company today, and IBM has made significant investment into open source as Linux, OpenStack, Cloud Foundry but never has got the recognition as a champion of open source company. After the acquisition, it will be interesting to see which culture and philosophy will prevail with regards to open source.

Cloud: Red Hat’s leading position in the Linux operating system and solid position in middleware may enable IBM to help enterprise client transition to a multi-cloud/hybrid IT environment. This move of IBM indicates that it is thinking big on multi-cloud/hybrid cloud that is increasingly acknowledged by major cloud providers. It will be interesting to see if the enterprises will trust IBM/Red Hat with their cloud strategy. Also, the competitors’ responses will be the thing to watch.

Containers & Kubernetes: Containers and Kubernetes are the two most emerging technologies which look promising in changing IT applications delivery. Red Hat acquired CoreOS to strengthen container based offerings which include its container platform OpenShift. IBM also has announced a few container related products including the Multi-cloud manager. There may arise some confusion about which products will survive and which won’t.

This acquisition will significantly impact on three of the emerging trends in enterprise software. Integration may take up to a year during which the leadership team and the employees may get distracted to focus on the business. The biggest challenge is to integrate the entities. To make this acquisition successful, it requires flawless execution by both the parties.