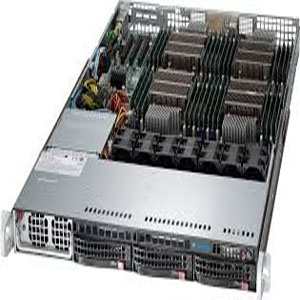 The new processor is the successor to the E5-2600 V family introduced in 2014. Along with Xeon E5-2600 Processor Intel also launches several new solid-state drives (SSDs) that are optimized for that processor line. Built with 3D NAND technology, the new SSDs offer high-density storage capabilities with a five-times performance boost compared to other drives.

The new chips provide faster memory and over 20 percent more cores and cache than the previous generation. With multi-core, multi-threaded processing, they alsofeature integrated technologies to improve performance across a range of workloads, enabling users to wring more value out of new servers and speed up the transition to software-defined infrastructure. They are designed expressly for next-generation data centers running on SDI, and they are supercharged for efficiency, 44 percent better performance, and agility across cloud-native and traditional applications.

Among the new Cloud for All partnerships Intel announces a collaborative effort with CoreOS and Mirantis to provide container-based orchestration and applications for virtual machines; a new network of Centers of Excellence being launched with VMware to speed up cloud deployments according to best practices; a new cloud application testing cluster being launched with the Cloud Native Computing Foundation; and a Storage Builders program to promote innovation and matchmaking among companies operating in the cloud ecosystem.